Through some online sleuthing, I discovered that my father’s family hailed from another seaside Italian village. San Vito Chietino is about halfway down the east coast from Venice, and I manged to work in a four hour layover while making my run to the Romanian border (my visa is about to expire again). 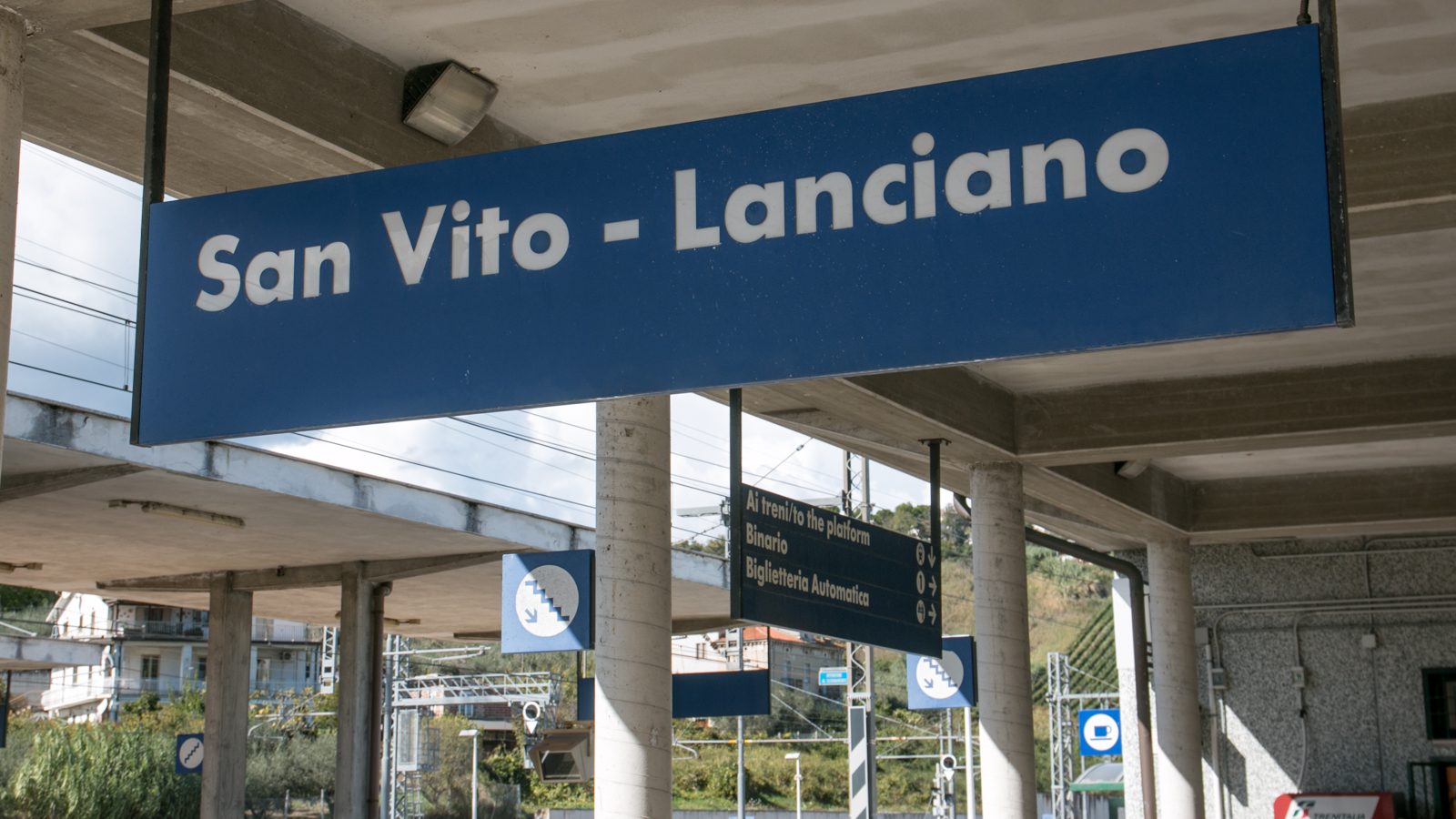 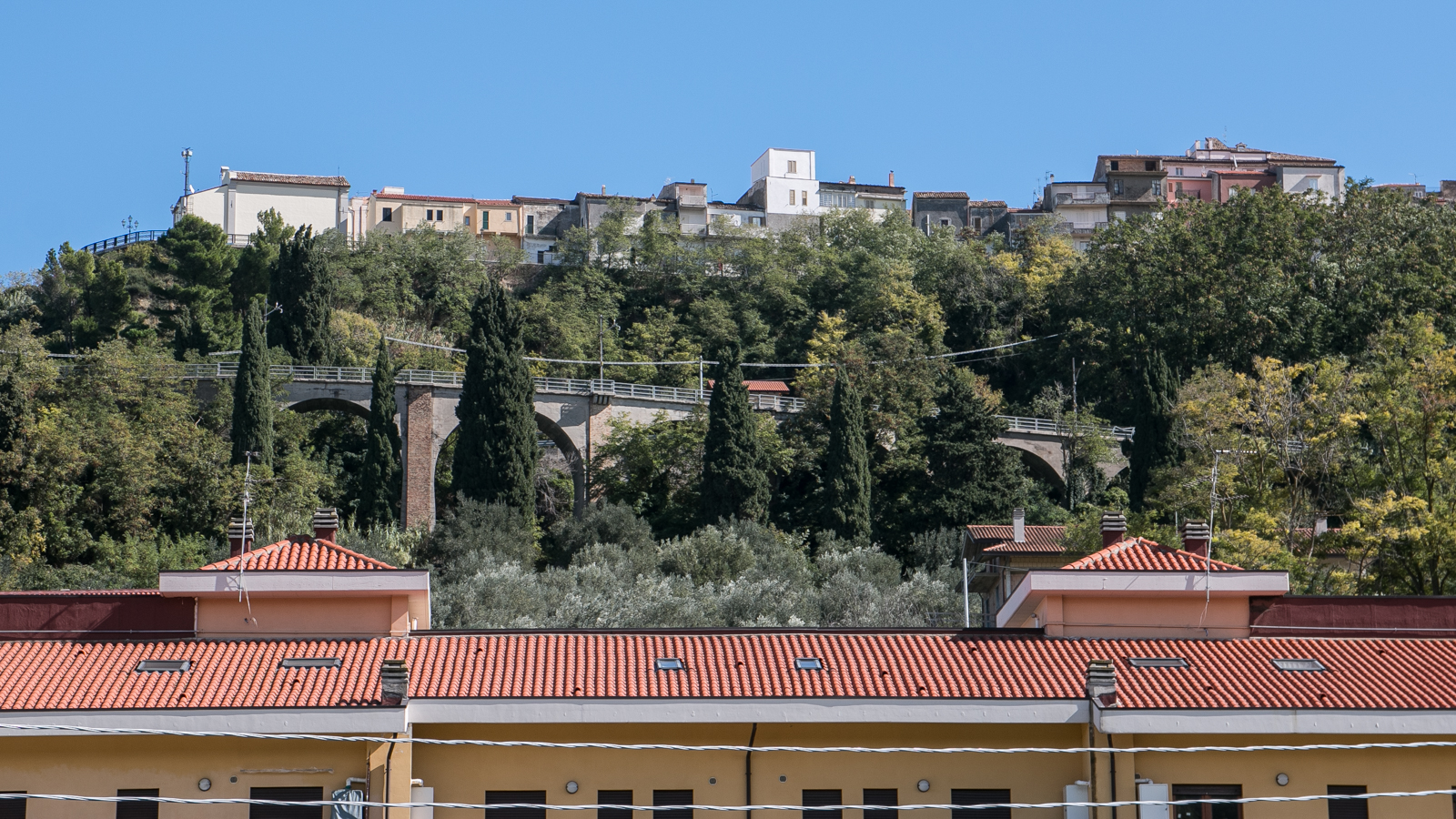 While I do love the name of this town, I’m not sure I’m on board with any village that openly bans trumpets. I thought based on that photo above that it would be a short hike up to town. It was not. Also, another sidenote — I am neither named after this town nor my great-grandfather. 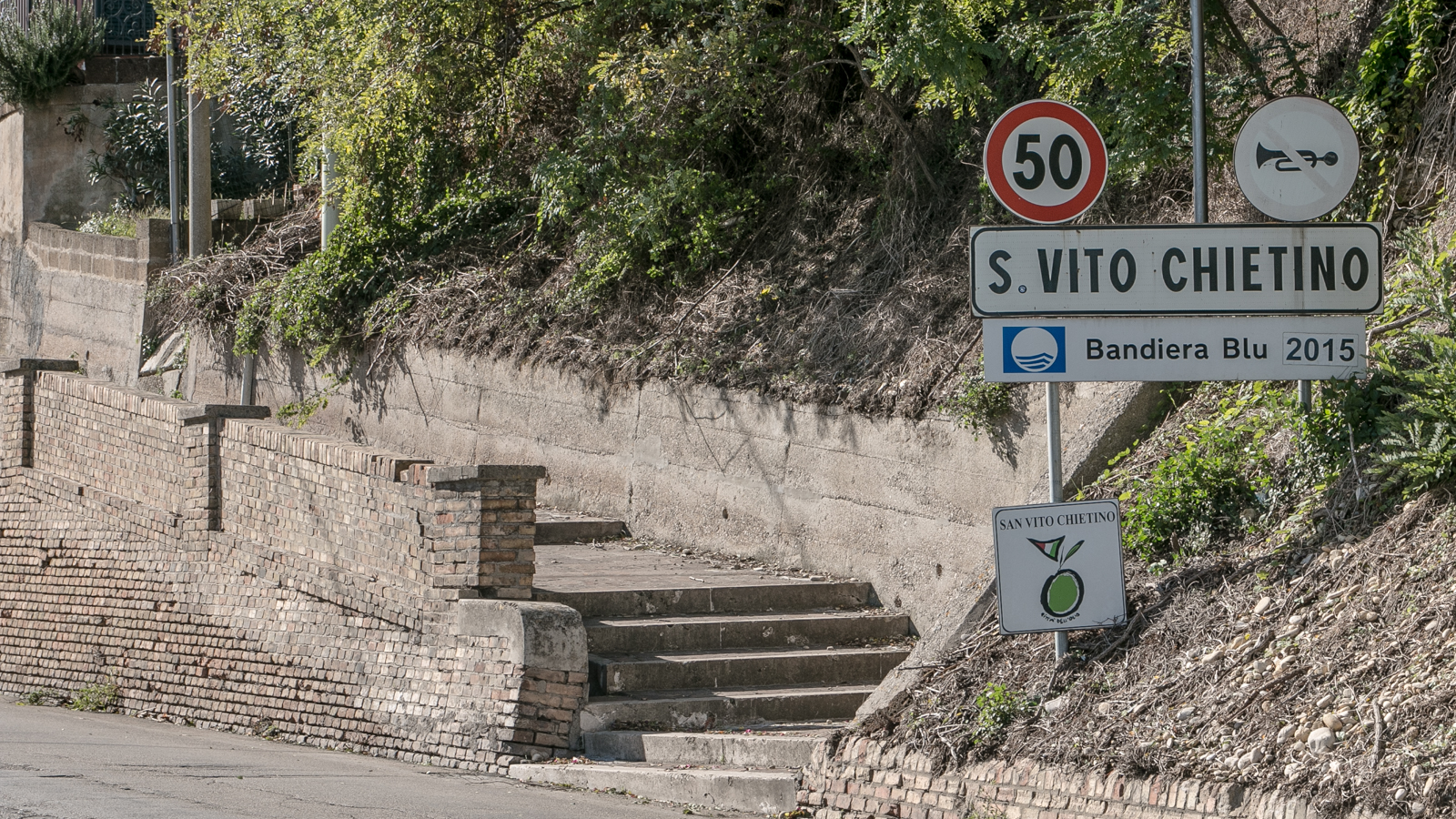 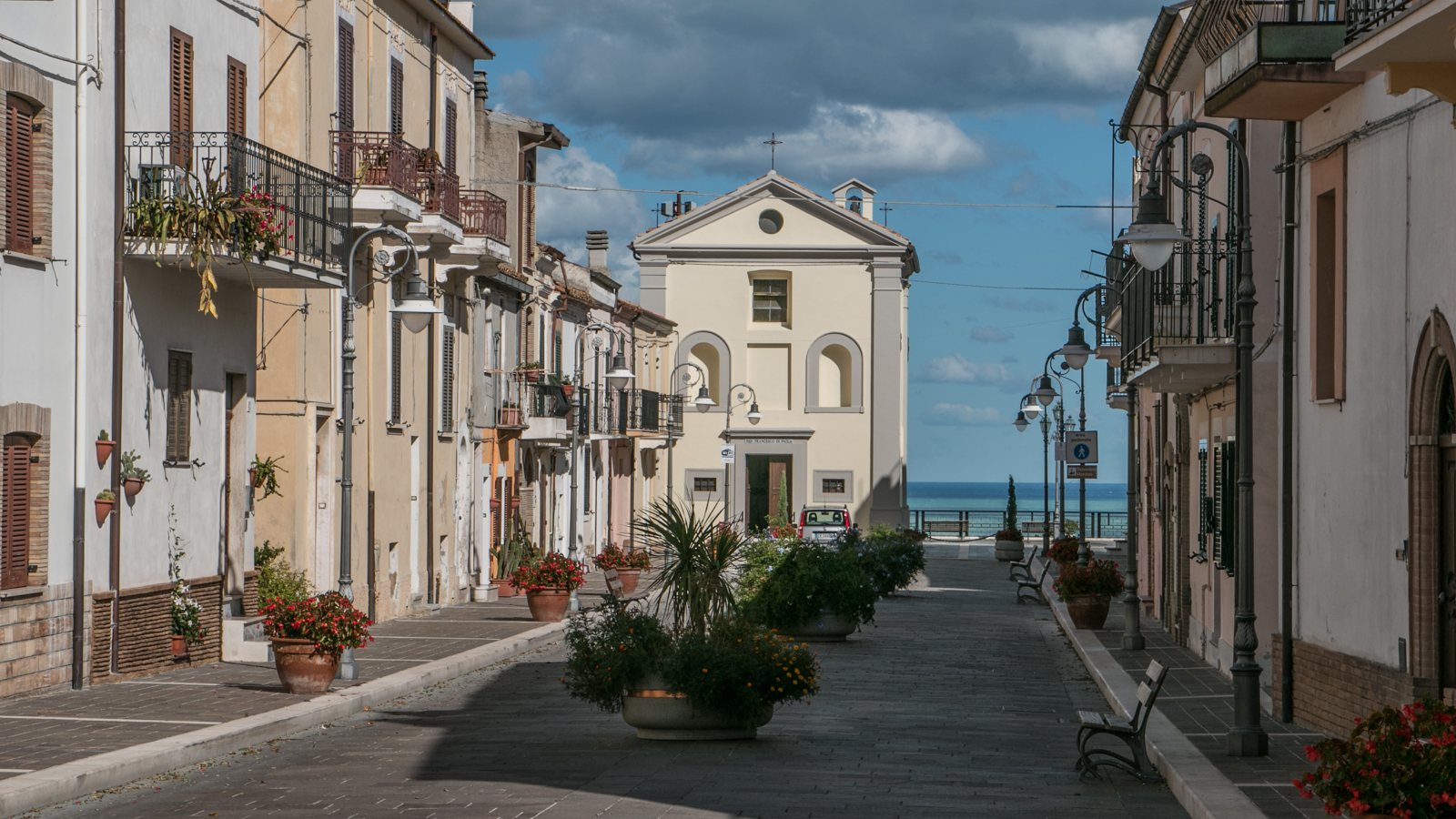 The view of the ocean, and the poor souls that have to live down below in San Vito Marina. 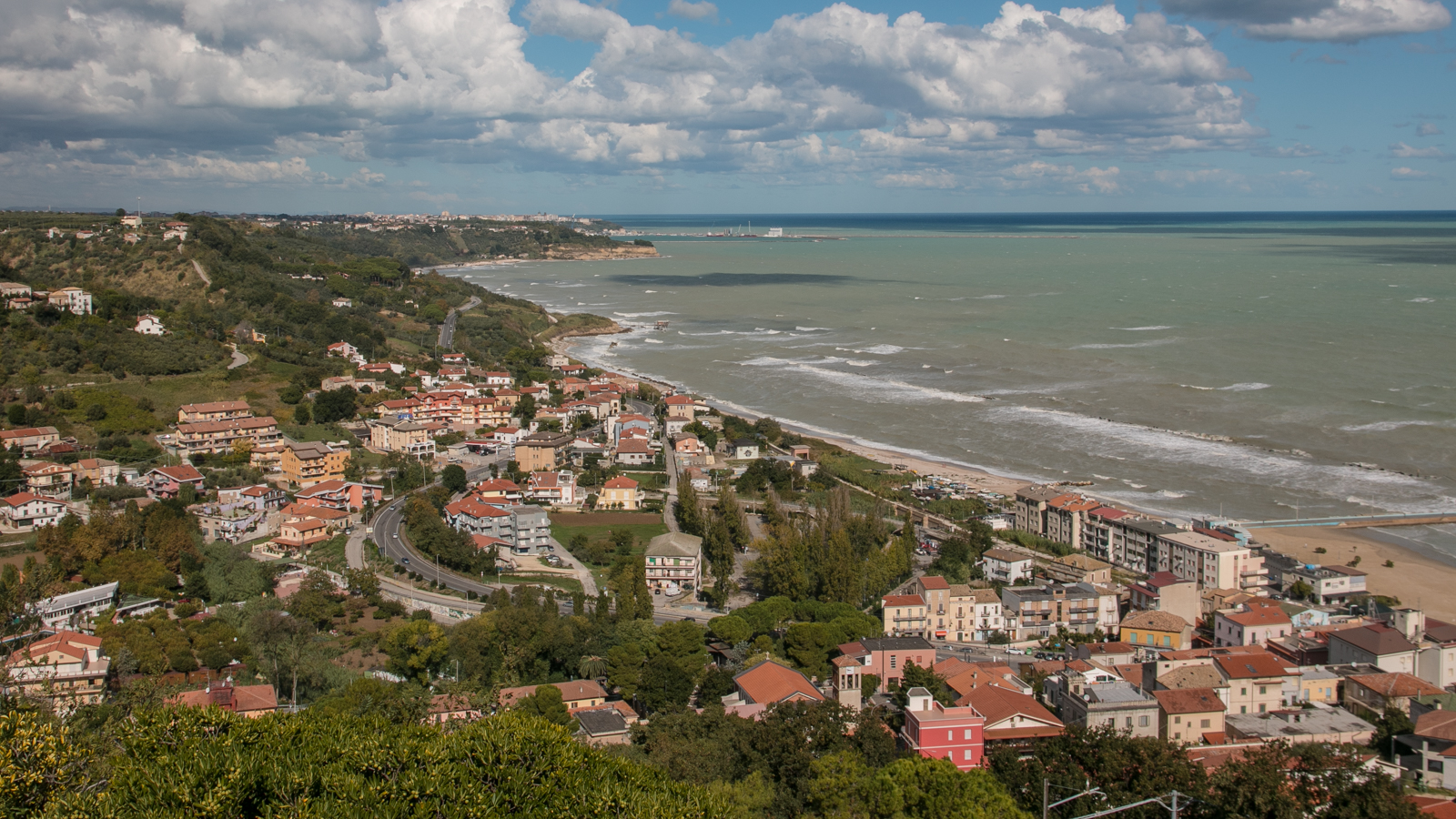 And if you turn slightly to the left…boom! Mountains! And yes, there’s some ski areas hidden up there. 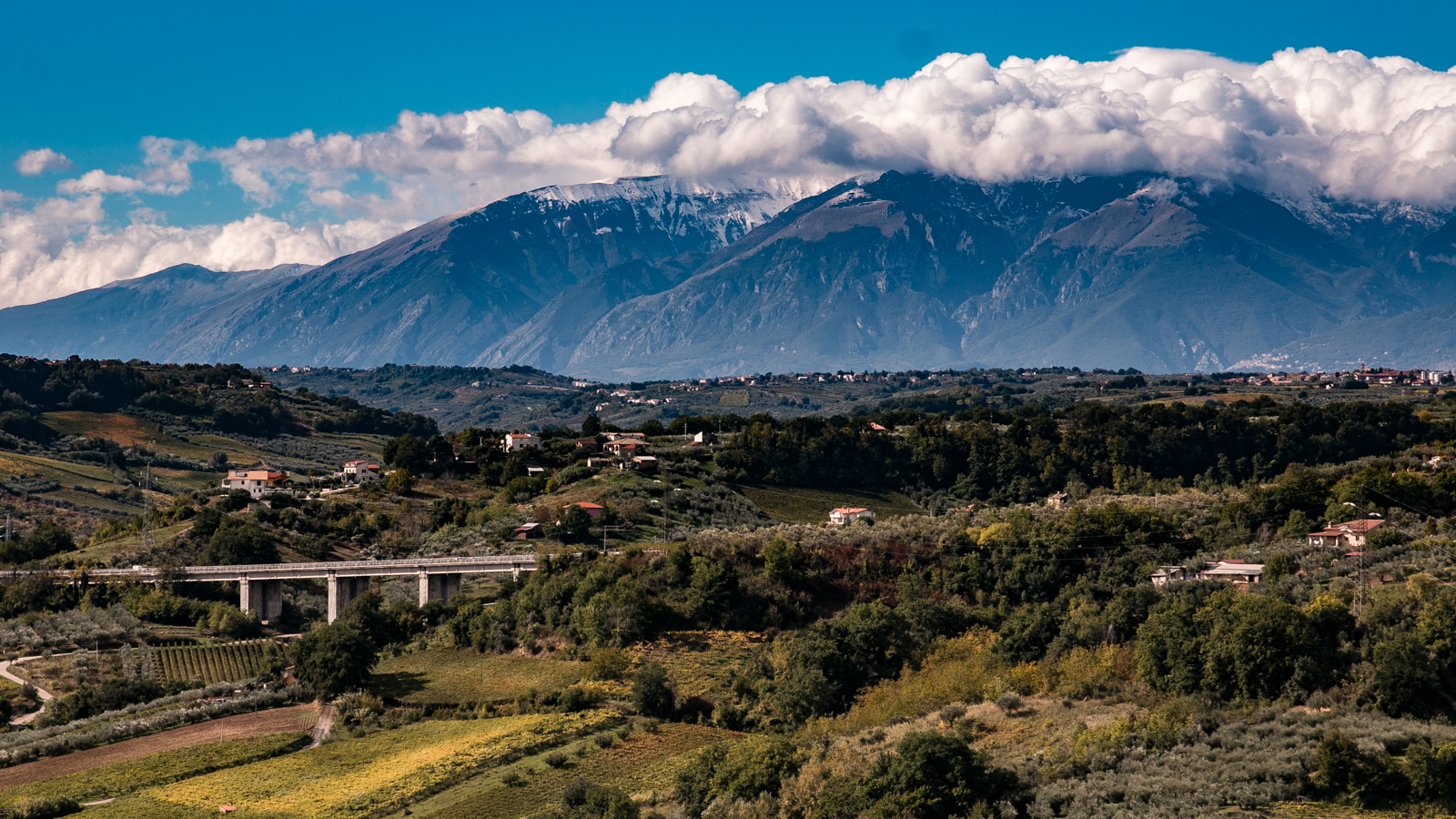 So super beautiful, but I’m not here to eat gelato for breakfast and lunch, along with the most insanely delicious fresh seafood salad, I’m here to find some family. After an unsuccessful trip to town hall (they closed early today because Italy), I strolled down the local graveyard. My great-grandmother, Jenny D’Allessandro was from San Vito as well, so I was hoping for some leads. 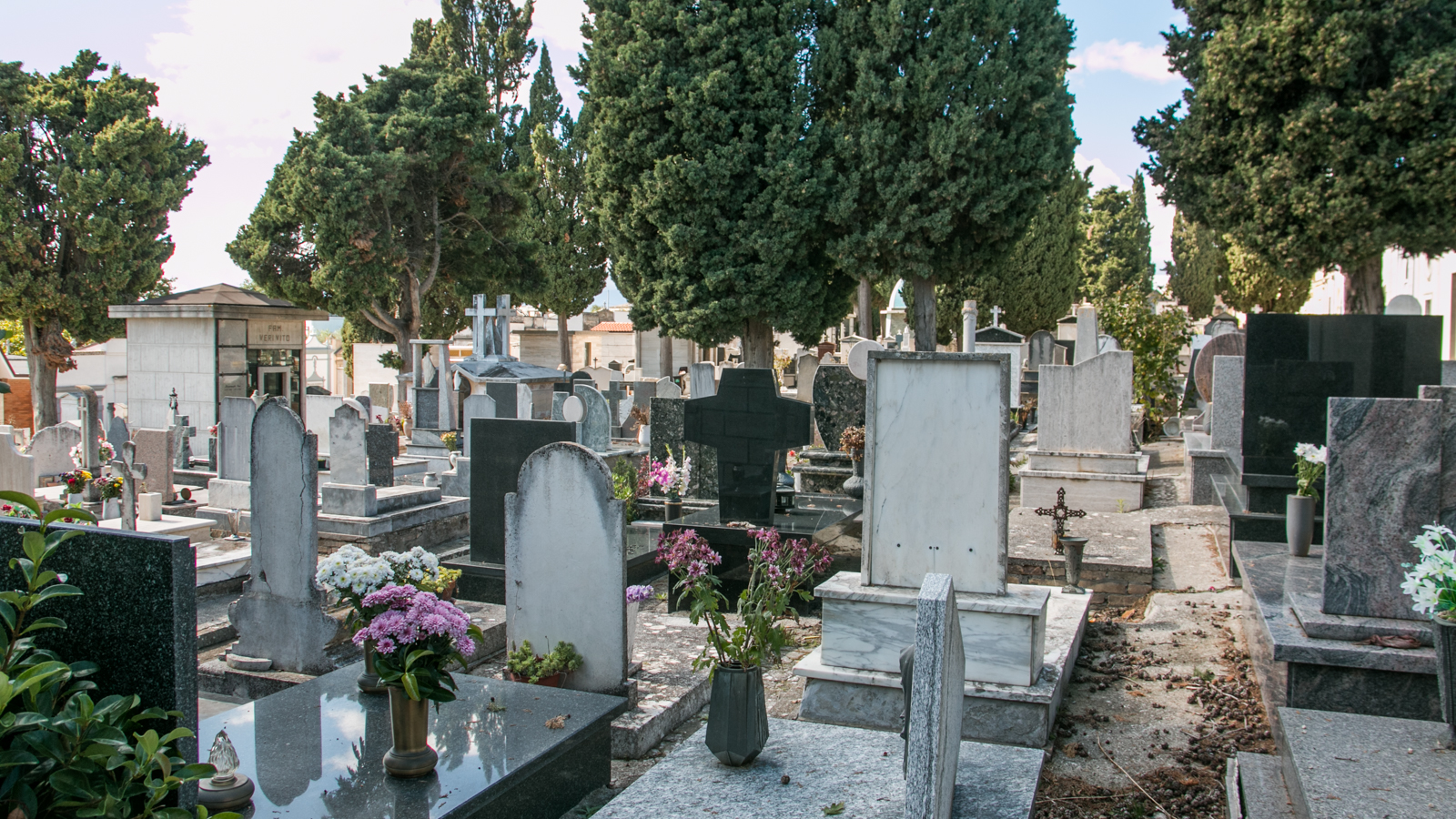 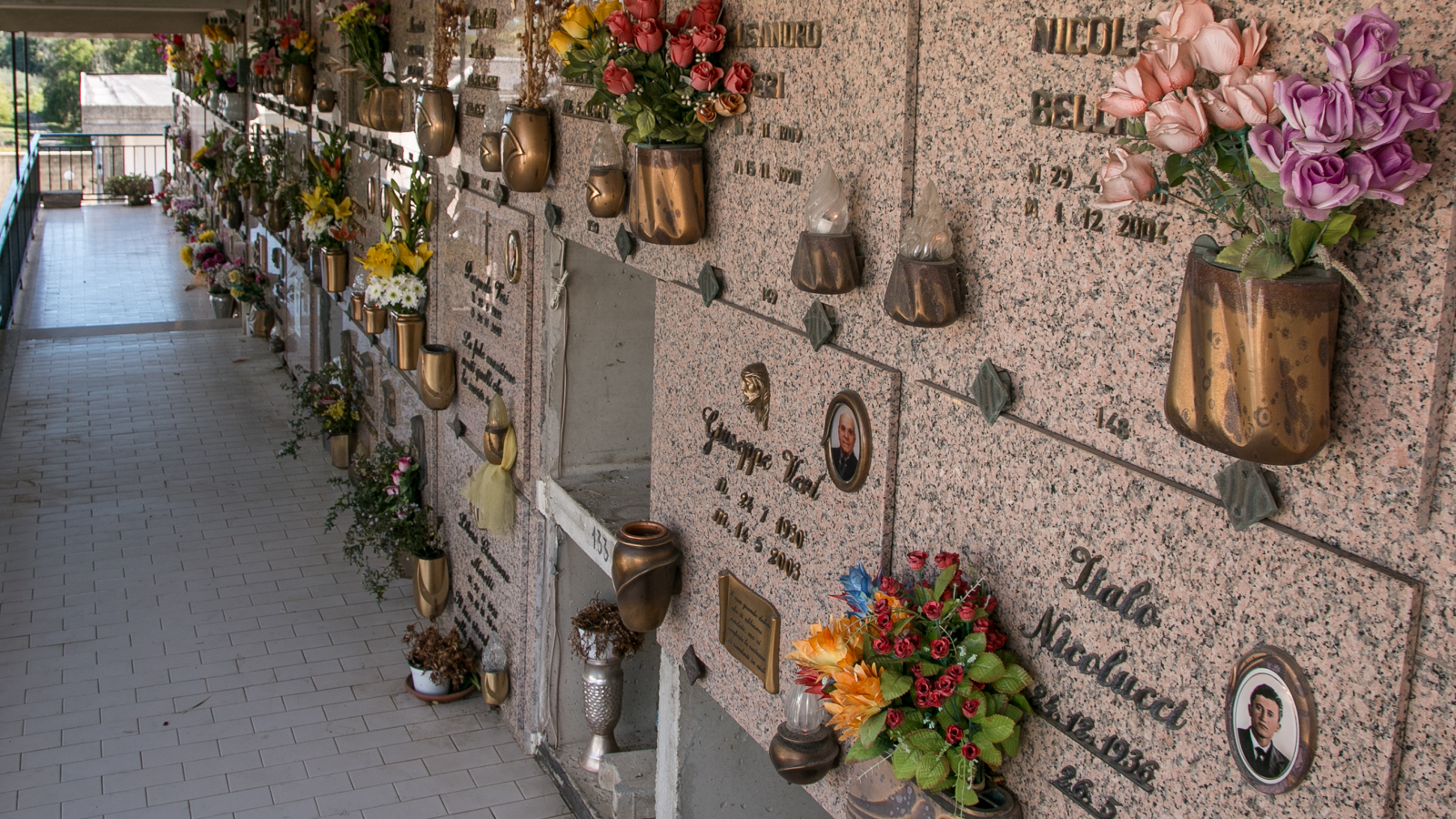 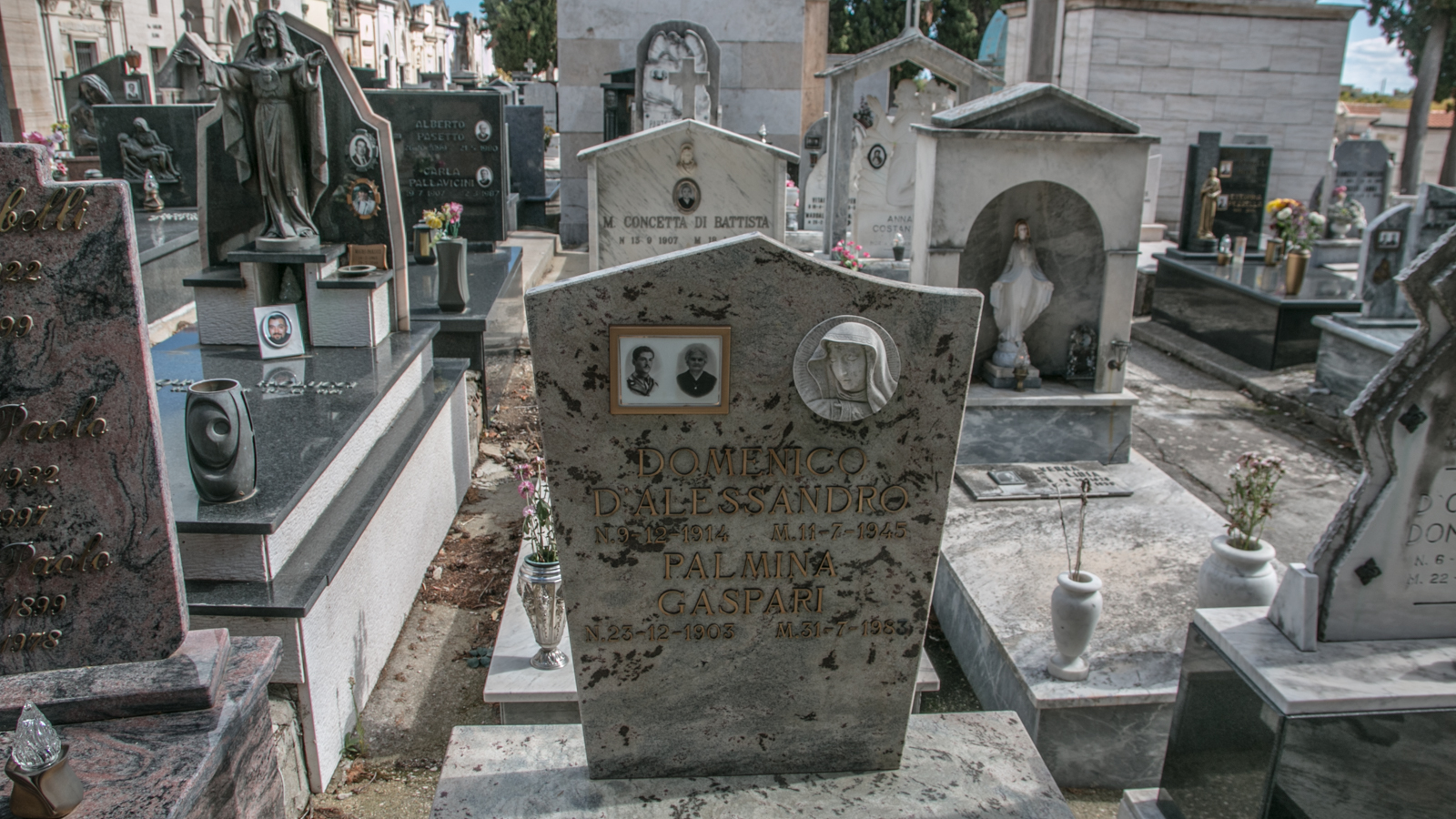 I didn’t find much here at the graveyard, but I would later get online and find an absolute treasure trove of family lore courtesy of the Mormons, who have been entering genealogy information for years, and while their reasoning for it is beyond bonkers, I do appreciate getting my hands on some of these records.

So that’s the end of my Italian genealogy trip. I didn’t know before I started what it would become, but it’s been incredible to reconnect with family, see Sicily for the first time, and spend so much time dipping my toes into the sea. Like festivalling, this has been a completely different way to experience a country and a culture, and if you’re curious at all about your family’s history, I can’t recommend this mode of travel enough.