Adventure Monday is on! I’m in the tiny tourist town of Yaremche in Ukraine, one of the entry points into the Carpathian Mountains, and am ready to do some hiking. I’m so pumped that I wake up at seven-thirty in the morning. This is not typical for me. 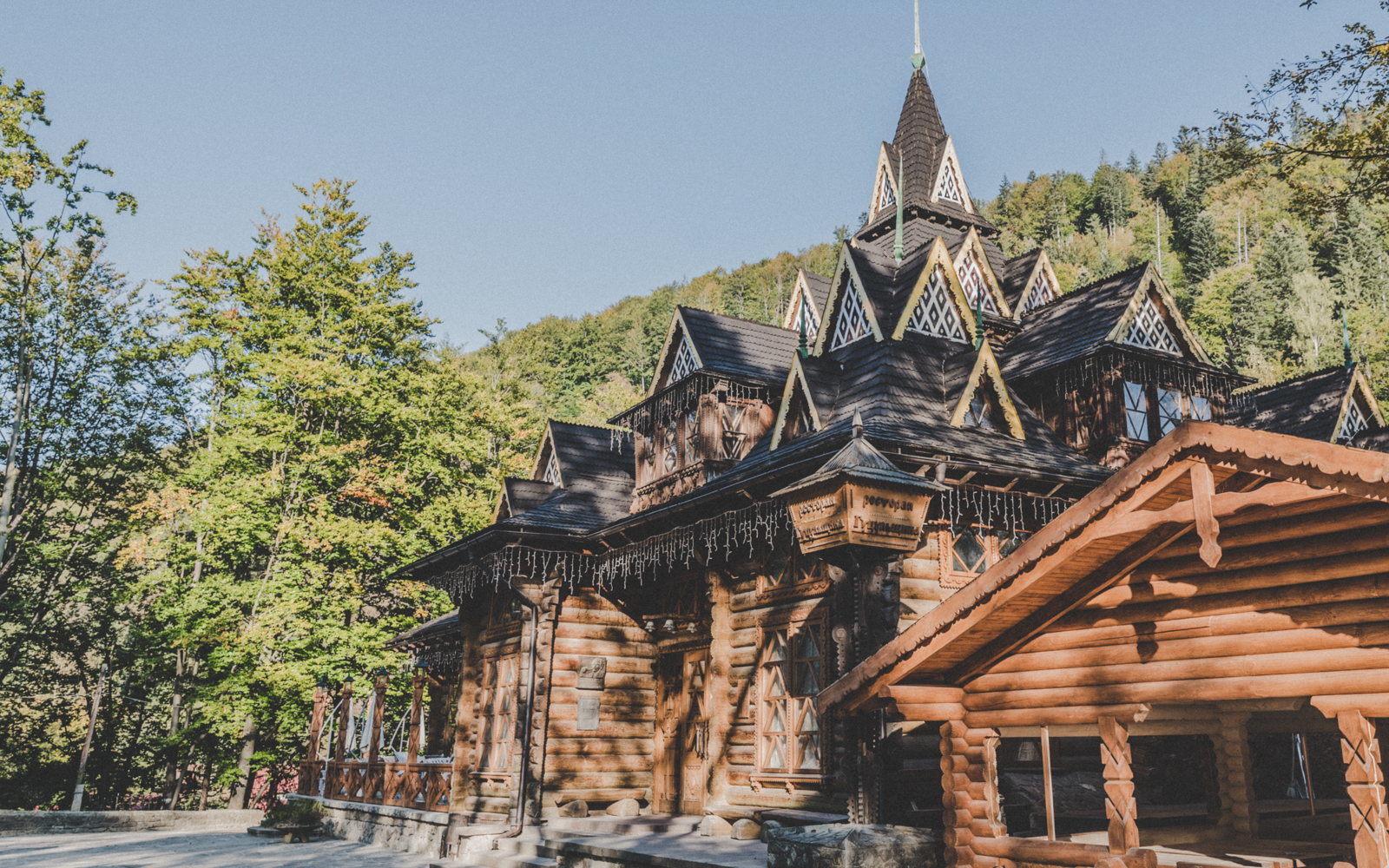 8:25 am: Right outside town is the most popular attraction, the Probiy Waterfall. At only 8 meters, it may not be the most impressive water feature, but it’s certainly pretty, and there’s nobody here yet except for the dozens of shopkeepers so I have the whole place to myself. 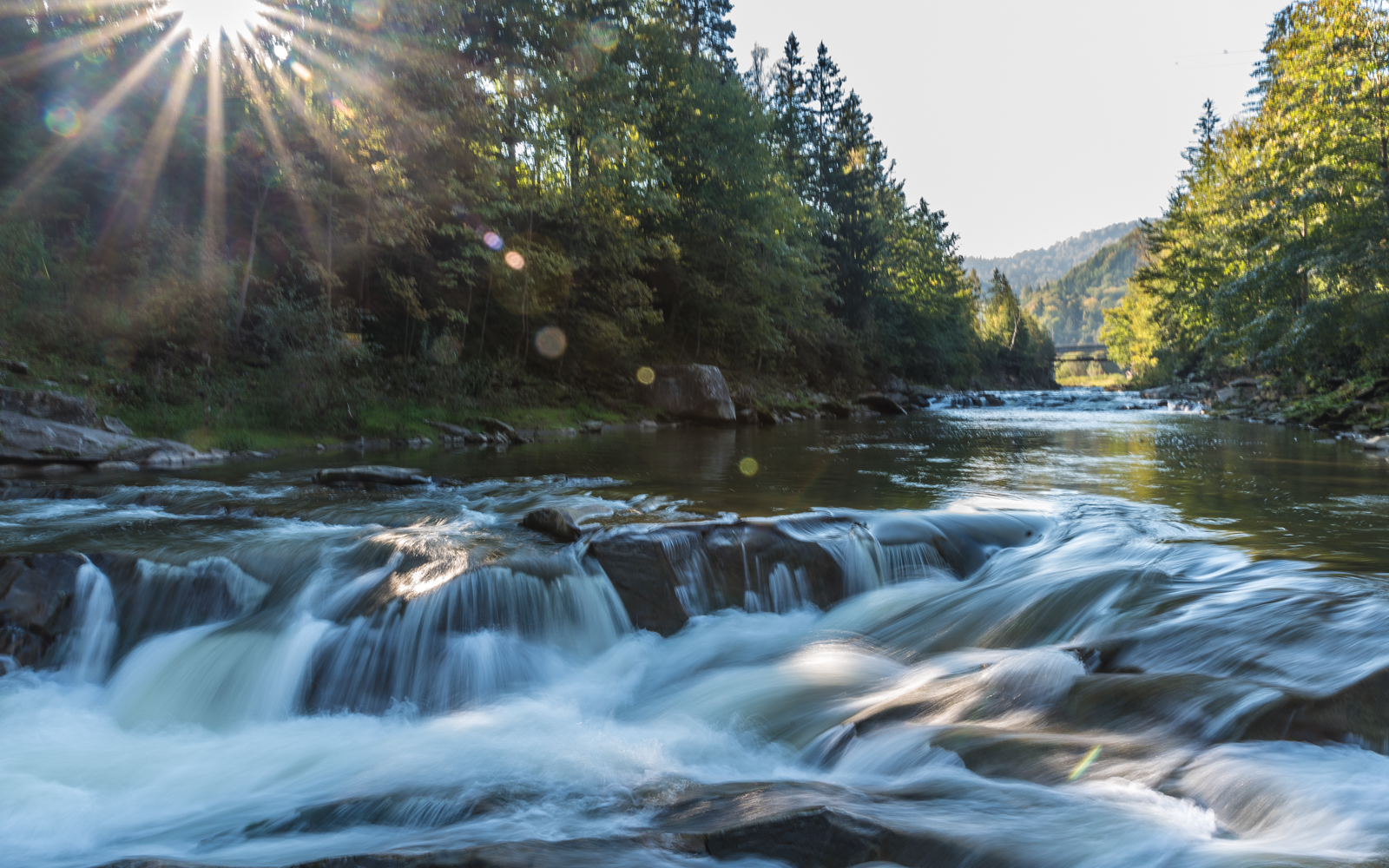 9:01 am: I start up one of the more popular trails to the Dovbush Rocks, a one-time outlaw hideout named after the famous folk hero, Oleksa Dovbush, who robbed from the rich and gave to the poor like a Ukrainian Robin Hood. He was eventually betrayed by a damned traitor according to the signpost, but other sources say it was the husband of his lover Dzvinka who shot Dovbush down. 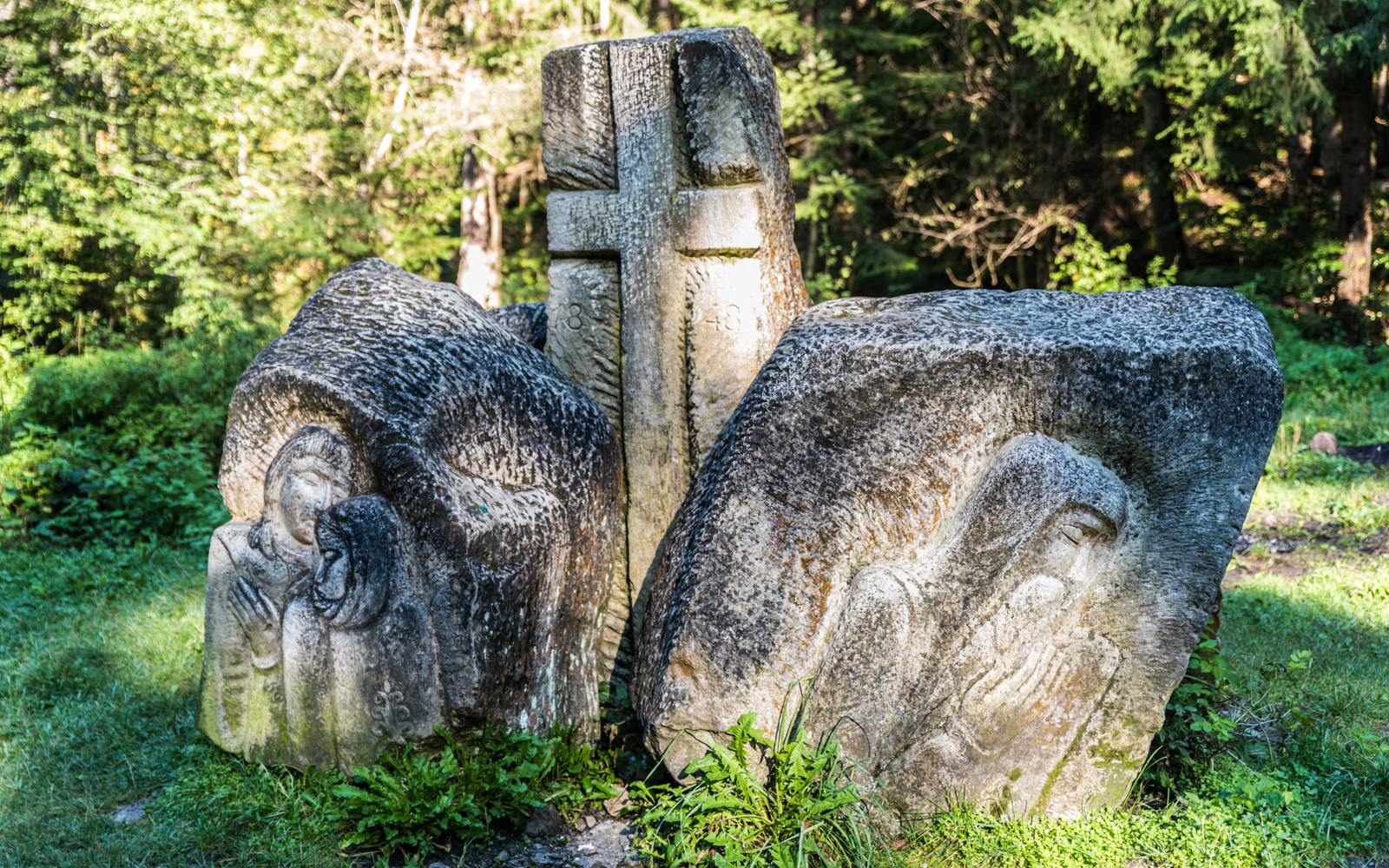 9:45am: Local lore aside, I can’t believe how beautiful a day it is up here in the Carpathians. September is an ideal time to be hiking and I’m quickly climbing up out of the river valley through a densely shaded forest. 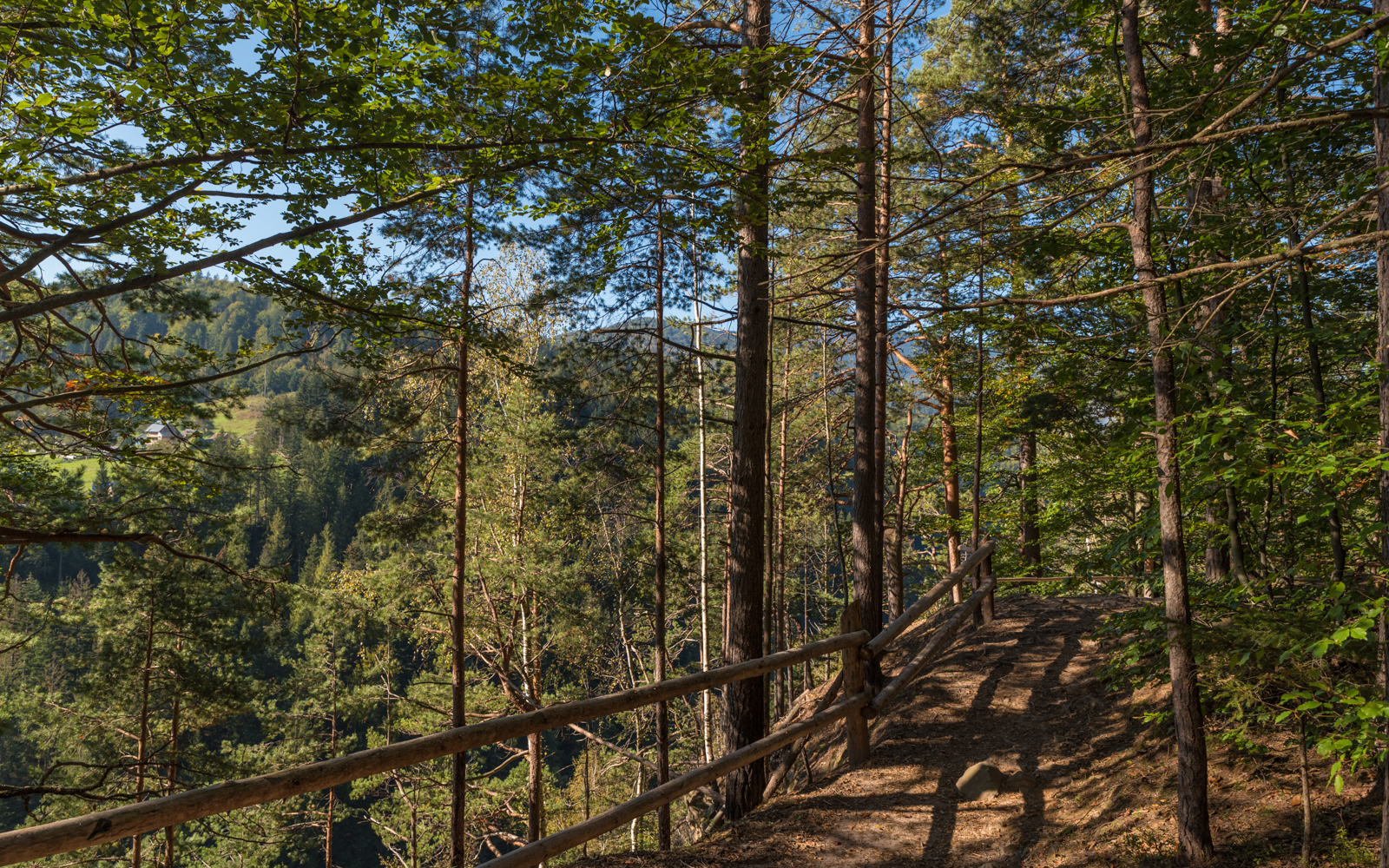 10:15 am: The Dovbush Rocks are as advertised — a giant pile of rocks. Dope looking setup for a fortress. 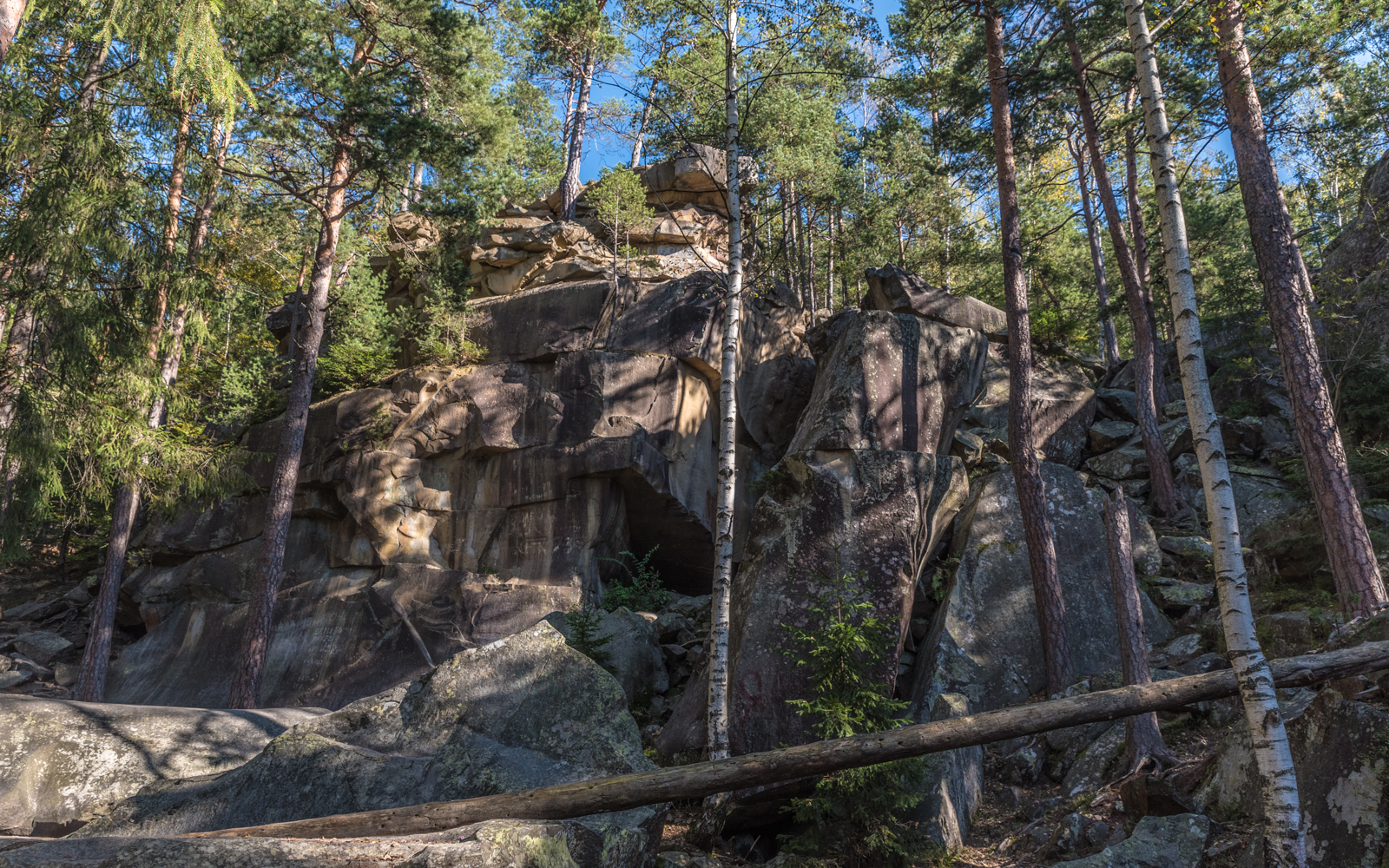 11:30 am: I decide to keep going to Makovystia Mountain, which a sign described as a “pretty nice mountain,” and before too long I’m winding out of the forest and to a grassy meadow on a ridge. There are crosses and churches and religious statues everywhere in Ukraine. Even up here. 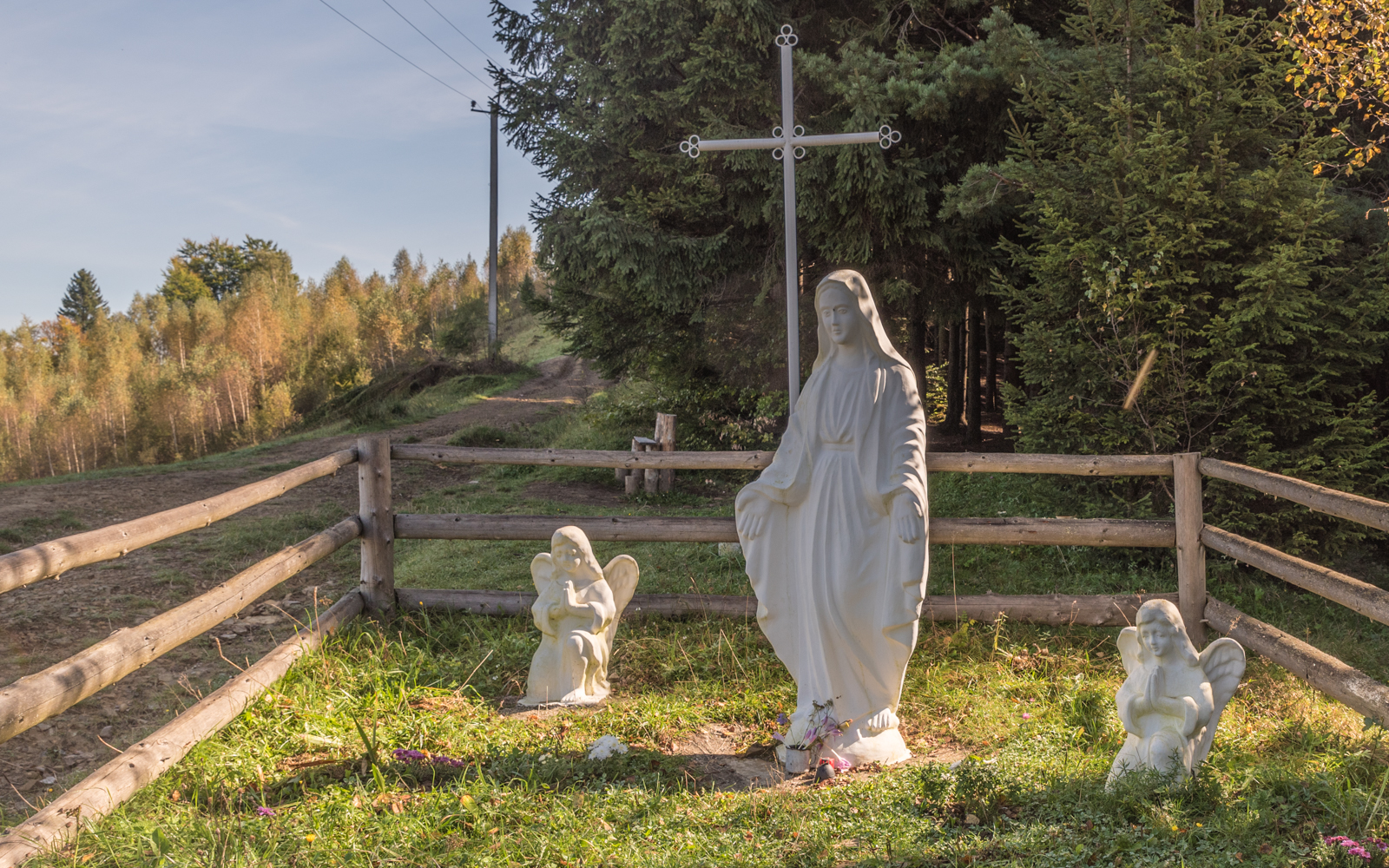 11:45 am: How about a panoramic shot of the Prut River valley below?

12:45pm: The final push to the summit of Makovystia Mountain is more strenuous that I imagined, or I’m more out of shape that I thought, but I finally make my way to the top which is, of course, crowned with a cross. 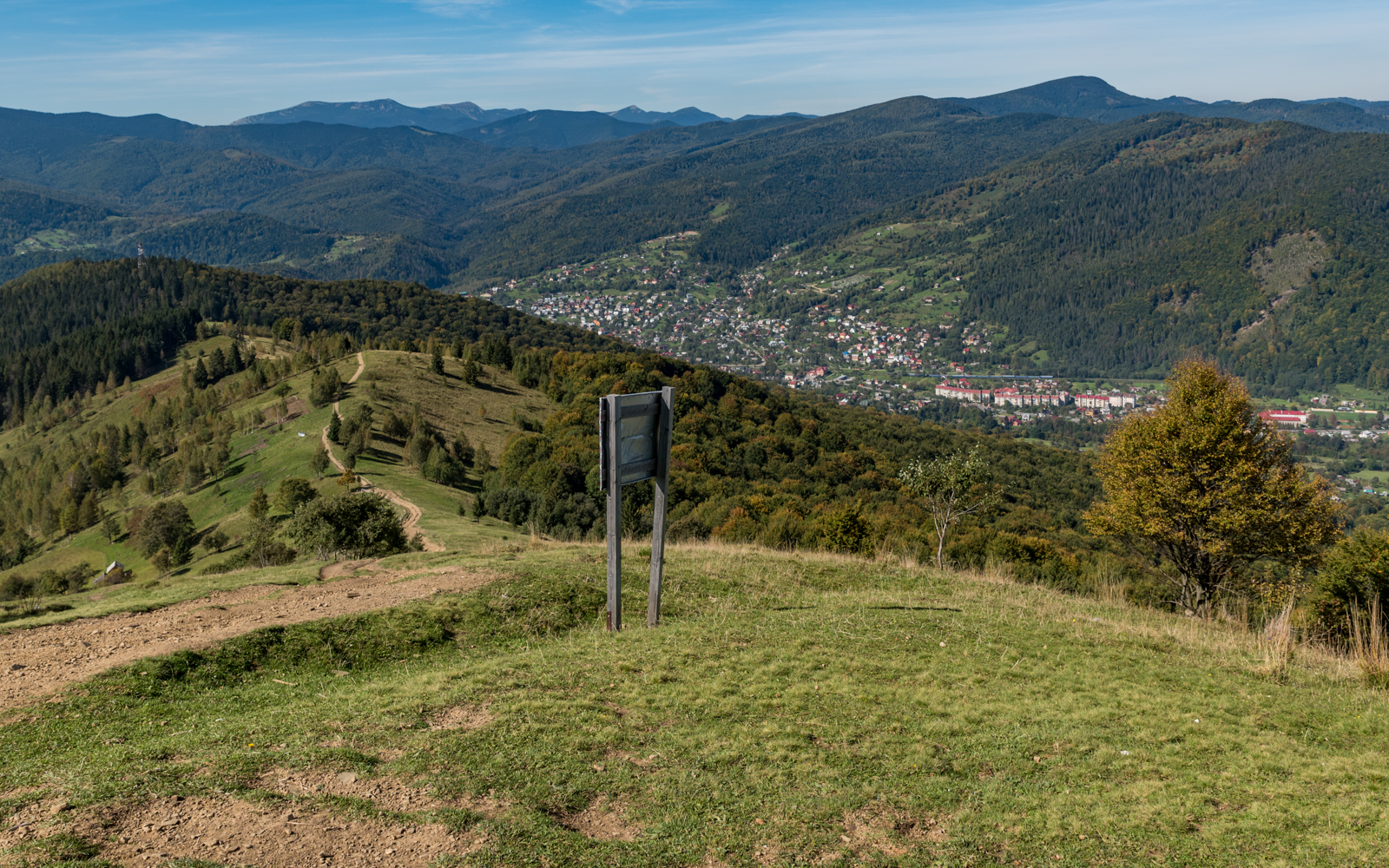 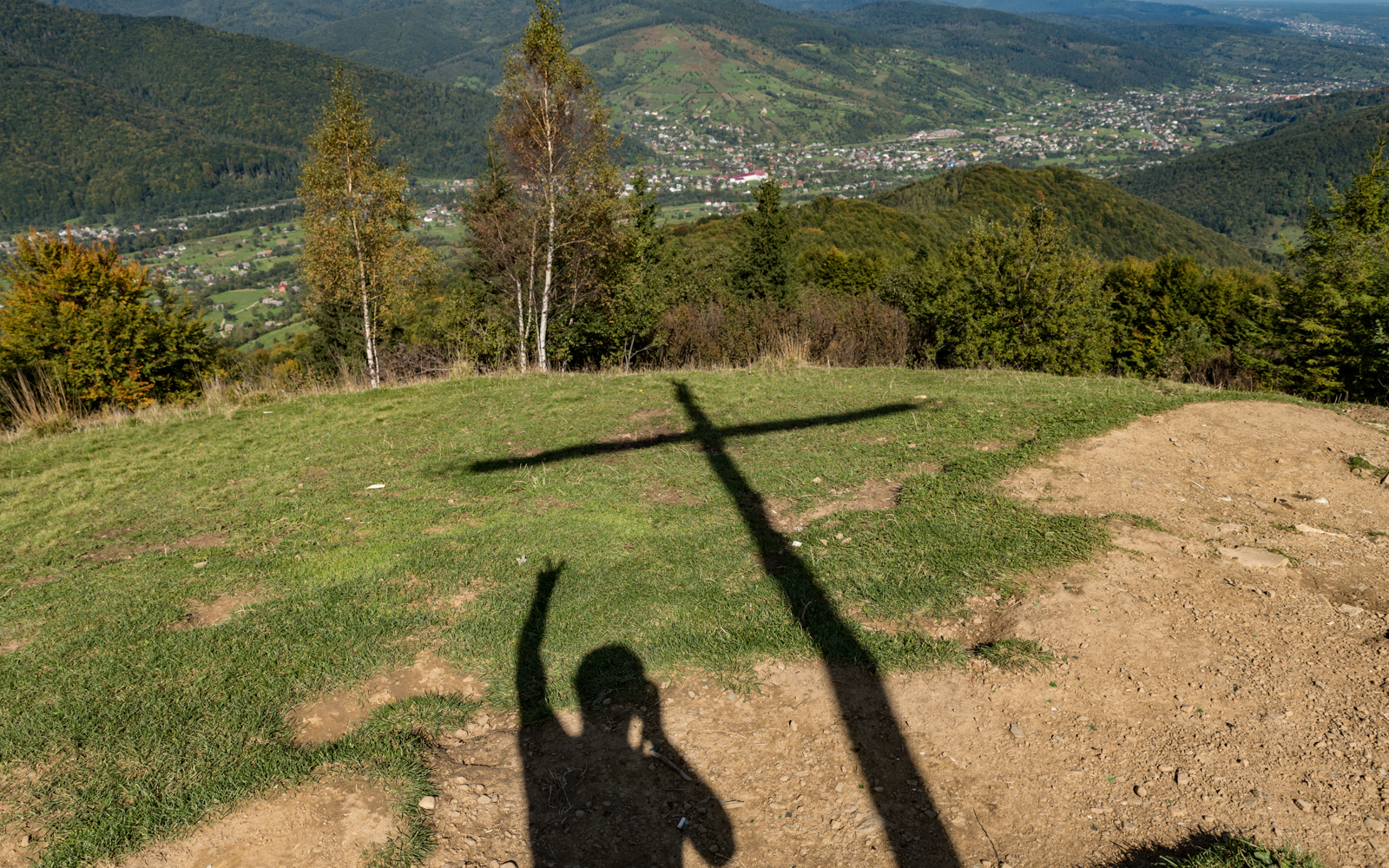 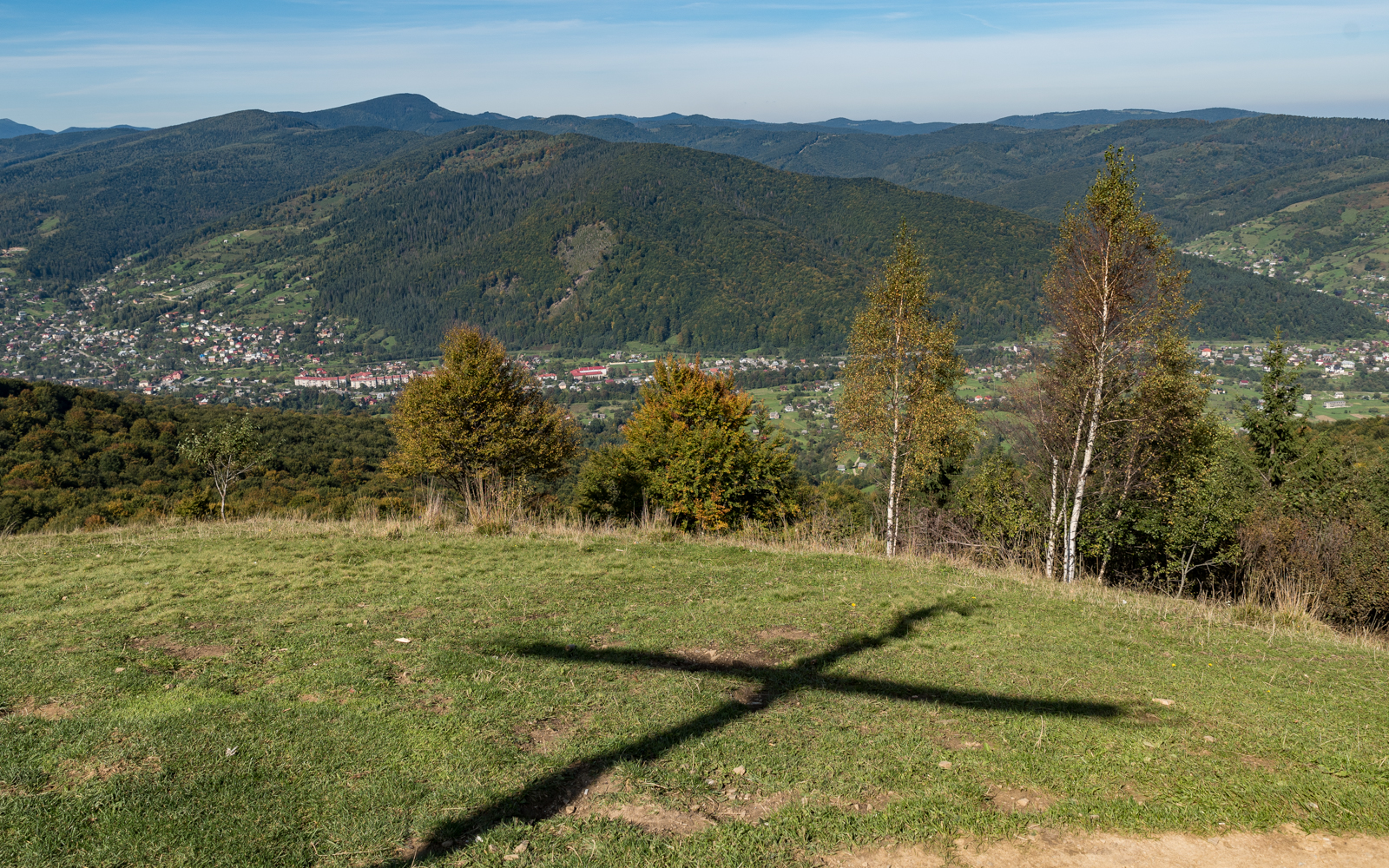 2:30 pm: I climb back down a less traveled trail to the nearby village of Dore and catch a bus back to town. These small churches are quite common out here. 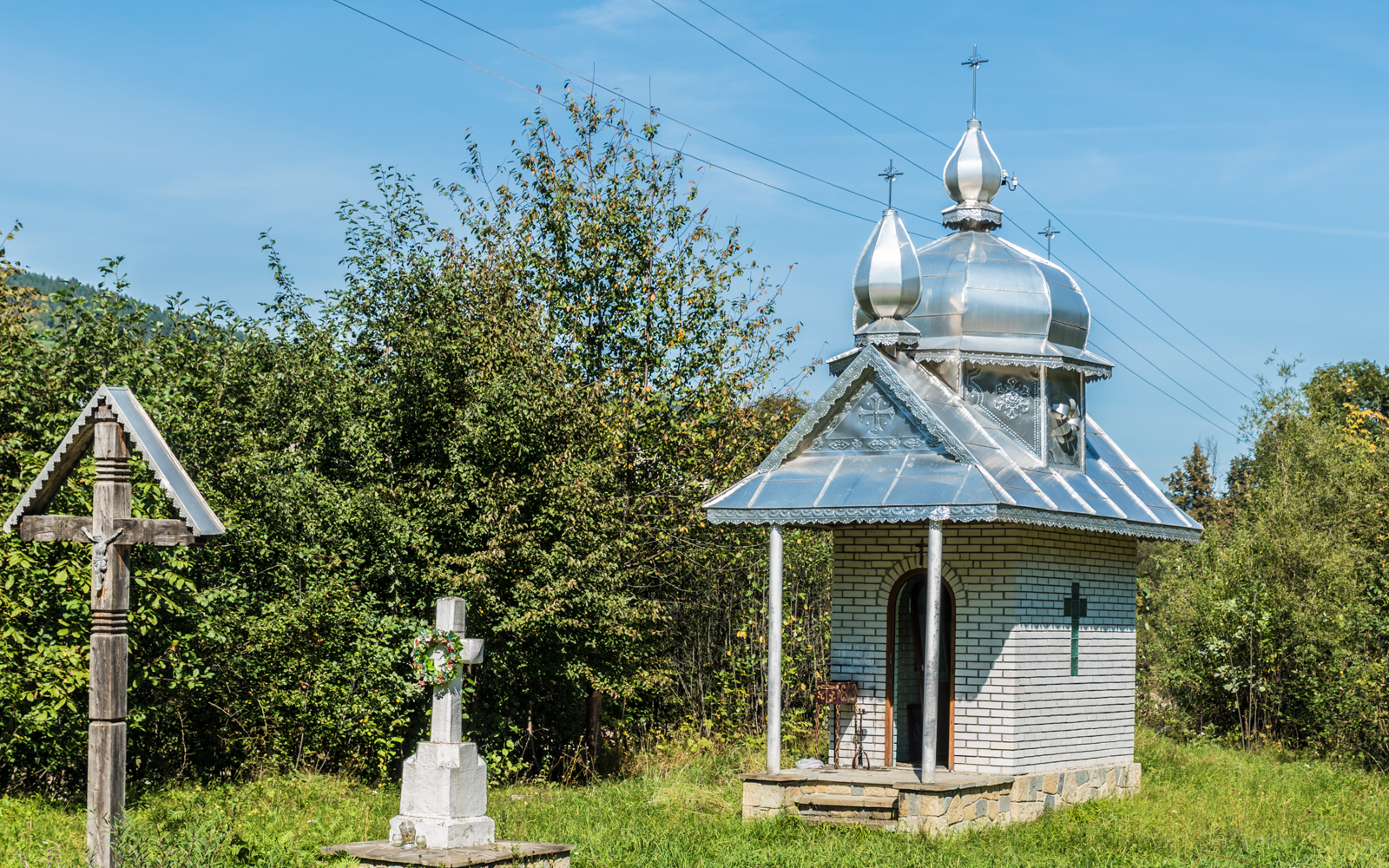 4:30 pm: These are the Yaremche Folds, which the sign claims is an interesting geological formation, but sort of just looks the side of the mountain collapsed. 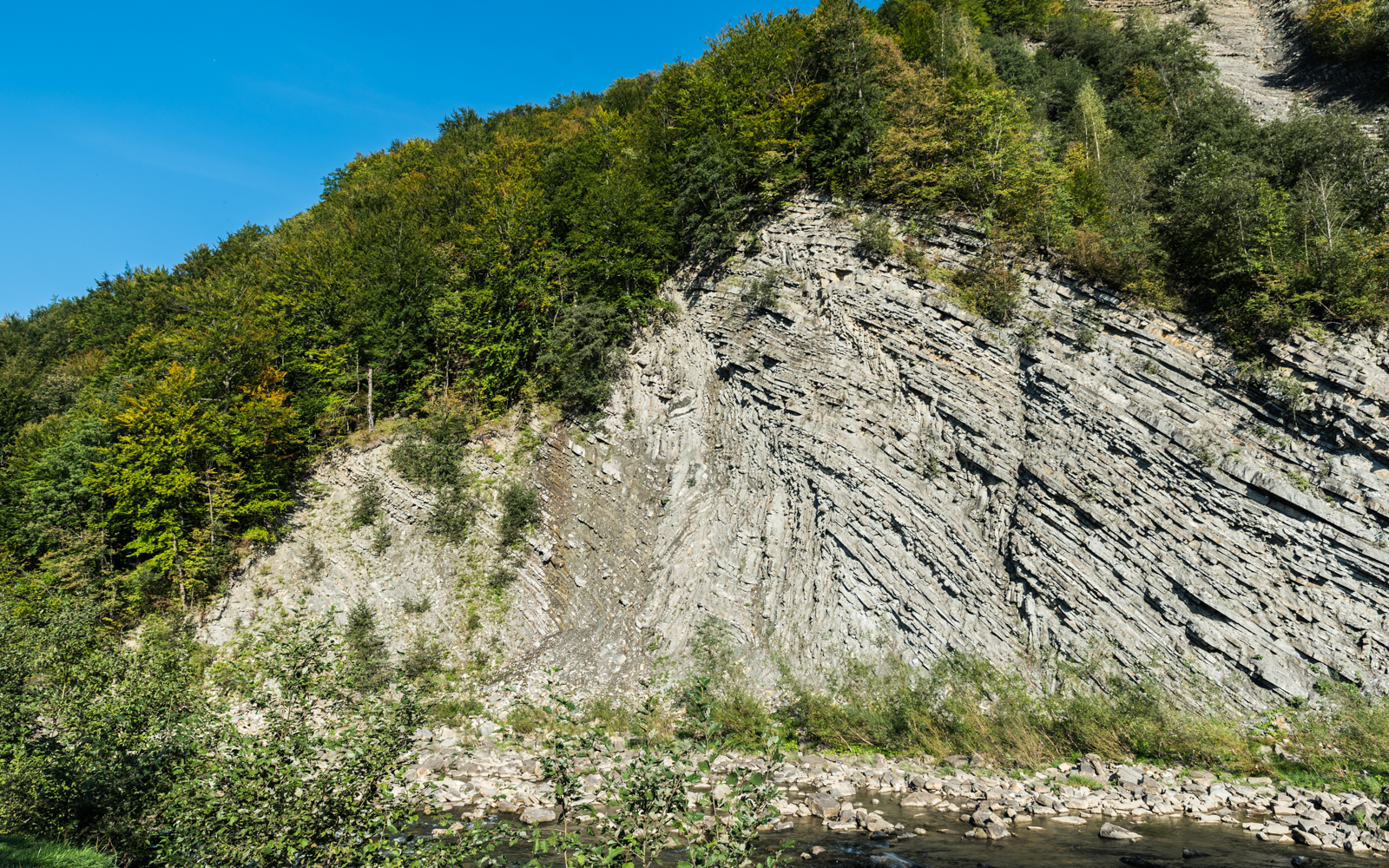 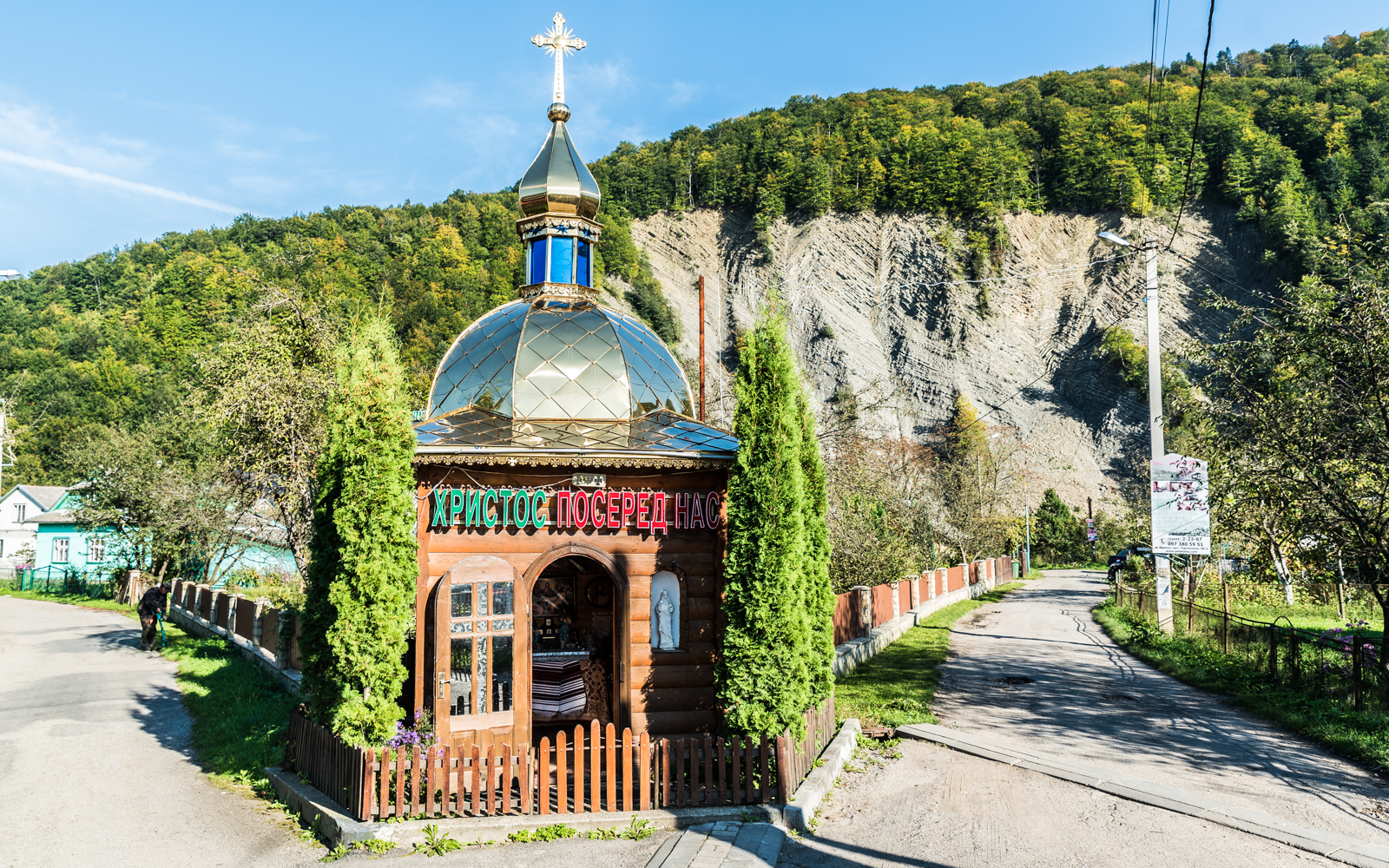 9:30 am (Tuesday): My last stop in Yaremche is a quick morning hike to the Maiden Tears Waterfall, which makes the Probiy look like Niagara. Like everything in the region, there’s a story, and this one says that the waterfalls are caused by the tears of heartbroken girls which formed these barriers to protect the people of the area from invaders.* So there’s that.

*I may have most of that story wrong. Again, I’m terrible in the morning and was like, “you don’t take a photo of that signpost — you’ll never forget that story,” which I promptly forgot. 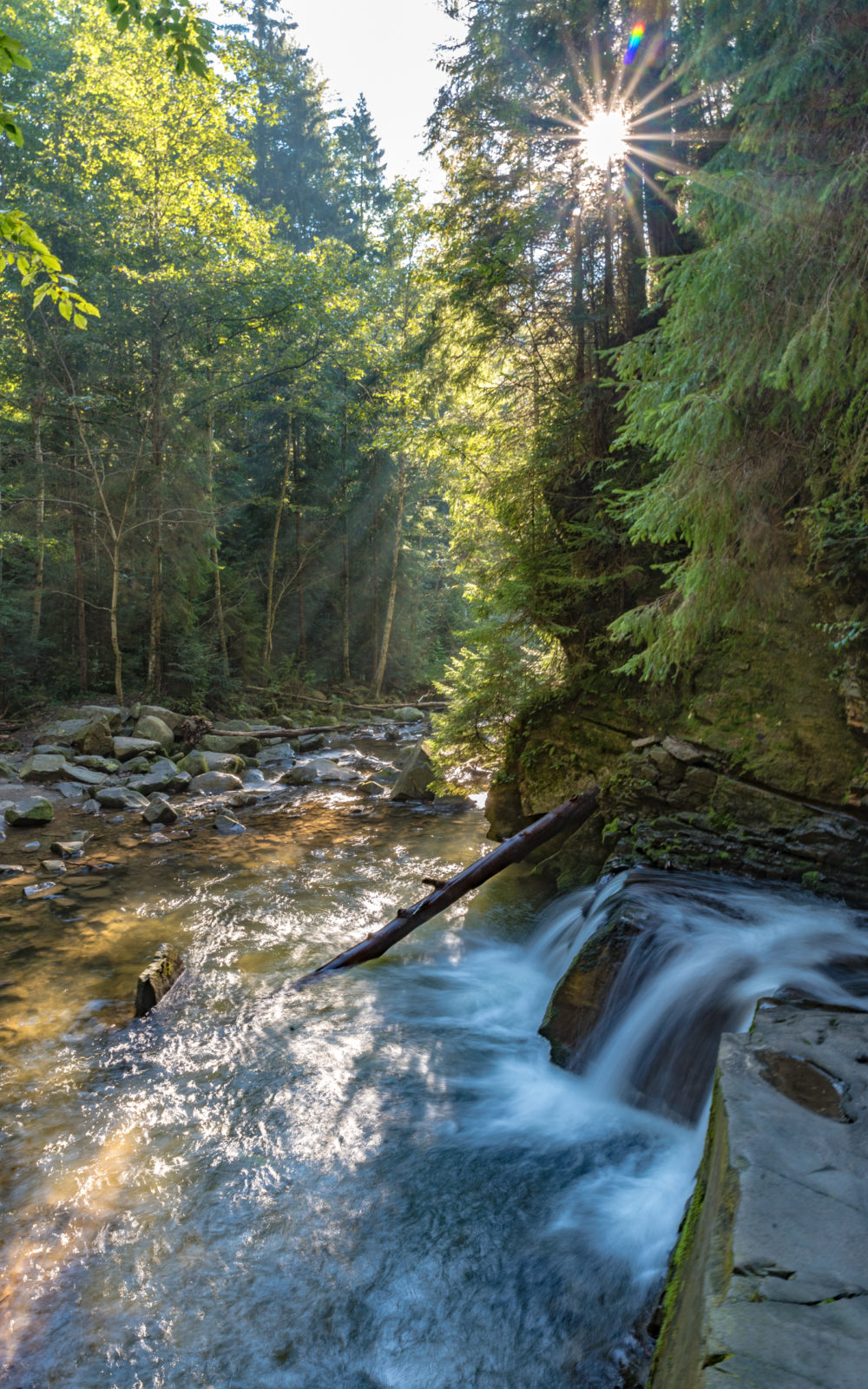 Food & Drink
Presto: The restaurant next door to me, Presto, won me over with the fact that it was next door to me. Really nice pasta and wood-fired pizzas so definitely worth a stop. They advertise “green beer” on the menu, which is literally a beer dyed green. I have no idea why.

Krasna Sadyba: It’s mushroom season up here in the Carpathians so I’m gorging on them with mushroom soup and mushroom dumplings. I also got to sample the local version of butter, which is just bacon fat in a jar. It’s oddly disgusting and delicious at the same time. Incredible views of the river below from the outdoor dining patio.

Transportation
Holy shit. Riding a Ukrainian bus is something else. For some reason, they only use mini-buses so every one is packed tighter than a sardine can with folks standing in the aisle and me holding all my bags on my lap. We were delayed by 20 minutes when my bus driver got into a verbal altercation with a drunk on the bus.

Sleeping
This is a ski town, so there’s lots of lodging and I was lucky enough to land a place in the Girske Povitria 2 guest house. Located in the center of town and only running $17 a night, I really enjoyed staying here after a week of hostel life in Lviv.